Dam It! Beavers and Us

In the Pleistocene era, a mammal that was up to eight feet long and 220 pounds roamed what is now the High Desert and beyond. One incisor tooth excavated from Oregon’s South Yamhill River in 2017 measured three inches long. This massive creature, Castoroides ohioensis, was the giant beaver, ancestor of the modern North American beaver, Castor canadensis.

The giant beaver went extinct 10,000 years ago, and the modern beaver is now the largest rodent on the continent. Despite being smaller and once driven to the edge of extinction, it today has a mammoth-size impact on the American West.

A replica of the giant beaver, as well as the skull of a squirrel-sized Pleistocene relative, will begin the story of this iconic animal in a new, original Museum exhibit, Dam It! Beavers and Us. The exhibition will explore this important member of the order Rodentia and explore the interrelationship of people, beavers and the landscape.

An estimated 60 to 400 million beavers once lived in North America, fulfilling a vital ecological role by creating valuable wetlands and ponds. The dams built by these “ecosystem engineers” slow streamflow, raise the water table and reduce downstream flooding and erosion. Plants and sediment in a beaver pond improve water quality. Beavers help birds, fish and other wildlife and native plants to thrive. Their habitats serve as emerald refuges during wildfire and also store carbon. Aside from humans, no other animal exerts such a far-reaching impact on the landscape.

Humans and beavers have coexisted for thousands of years. This exhibition examines our coexistence with this herbivorous rodent throughout history. Humans dramatically altered their population and habitats. The European demand for beaver pelts for clothing, most notably hats, almost drove the mammal to extinction by the mid-19th century.

Today in the West, people from many walks of life are reintroducing the beaver and mimicking its dam-building behavior in order to restore healthy High Desert ecosystems. While the beaver is found across the country, it supports many species that are endemic to the High Desert and can play a particularly important ecological role in arid and semi-arid areas.

Central Oregon residents and visitors will find the presence of the exhibit throughout the community. Four beaver sculptures now being transformed by High Desert artists will be placed in community spaces around the region. Participants in the project include artist Ellen Taylor (Umatilla, Walla Walla, Cayuse), ceramicist Jess Volk, artist and educator Andries Fourie and mixed-media artist Sweet Pea Cole.

Dam It! Beavers and Us will feature immersive scenes and interactive experiences for all ages, inspiring new appreciation for this resourceful animal. Grownups and kids alike can marvel at how beavers were once parachuted from the sky in wooden crates in an attempt to relocate them in an Idaho wilderness. They will also be able to compare a riparian scene with and without a beaver’s presence, experiencing how a beaver colony can transform the landscape.

Dam It! Beavers and Us will be on display through Sunday, October 3, 2021.


Click here to discover everything you need to know about your visit to the High Desert Museum! 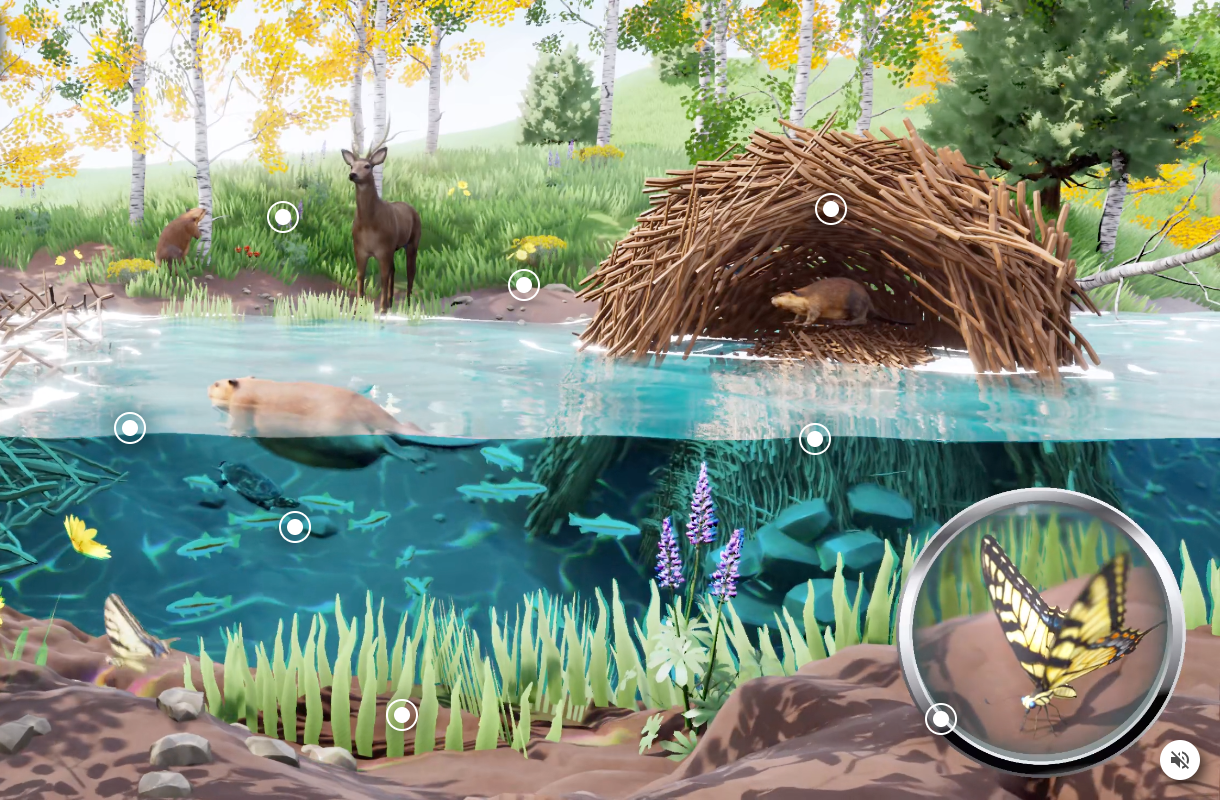 In the engaging interactive from the original Museum exhibit, take a riparian habitat from a stream without beavers and watch it transformed into a thriving, lush spot teeming with wildlife. You’ll see firsthand how an ecosystem can change once a beaver arrives on the scene!

“This exhibit takes a close look at a species that has a huge impact on the landscape. Through cultural history, science and art, visitors will find new ways to appreciate this oft-maligned rodent.”

“This exhibit tells an inspiring story of turning around our relationship with the beaver. It explores the surprising power of the humble beaver to help us combat some of the impacts of climate change, such as drought, wildfires and biodiversity loss.”