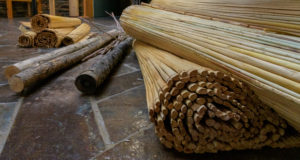 In 1999, the permanent exhibition By Hand Through Memory opened to the public, and greeting visitors outside the entrance stood a towering, tule mat tipi. For generations, Native people of the Columbia River Plateau built and continue to build such tipis using natural materials including tule and cattail — tule is a large bulrush that is abundant in marshy areas. Cattail is a tall, reed-like marsh plant with a dark brown, velvety cylindrical head of numerous tiny flowers.

The tipi at the Museum was made by James Selam and fellow Yakama family members Delsie Selam, Loretta White, Susan Brown, Howard Selam and Ernie Selam. It immediately became a treasured, iconic part of the Museum.

Over its nearly 20 years at the Museum, thousands of visitors have taken in its beauty. Yet two decades later, it needed attention. The creation and care for the tule mat tipi are deeply spiritual acts. Over three days in early May 2019, the tipi was thoughtfully dismantled and methodically cleaned and rebuilt by Clarice Paul of the Wanapum and Warm Springs Nations, her husband Lightening of the Yakama Nation and their son Little Lightening. 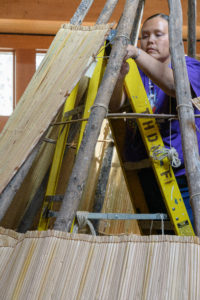 In tule tipi repair, Clarice removes the mats from the tipi, rolls them flat, sprays them with hot water and gently washes the mats with water and a washcloth. They are then dried upright with fans.

While the mats are drying, three tipi poles are left in place and secured as the others are taken down for cleaning and repair. The circumference of the tipi is reduced to strengthen the framework and fit it securely to the base of the exhibit. Clarice ties willow branches on the inside of the tipi in three places, adding more points to secure the mats. Starting at the bottom, the mats are then sewn back on. If new doors are needed, as was the case with the tule tipi at the Museum, peeled down cattail reeds are woven together to make a door.

Some interesting details about this and other tule mat tipis –

– The door traditionally is placed facing east to welcome the sun.

– Previously the bottom row had two layers of tule mats, depicting a winter tipi. Now there is only one layer of mats to depict a summer home.

– Tule tipis are used as a shelter and gathering place for meals. 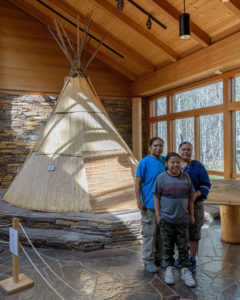 We are forever grateful to Clarice, Lightening and Little Lightening Paul for repairing the tule mat tipi. The knowledge, thoughtfulness and care brought to this project means that the tipi will continue to stand tall and teach thousands more visitors about the Indigenous people of the Columbia River Plateau.

More about the Paul family –

Lightening and Clarice have been together for 24 years with two sons (ages 21 and 10) and one grandson. Lightening is a member of the Confederated Tribes of the Yakama Nation. Clarice is an enrolled member of the Confederated Tribes of Warm Springs and grew up as a Wanapum member from Priest Rapids, Washington. Clarice is a master weaver teacher specializing in tule mat weaving at the Northwest Native American Basketweavers Association.

A special thank you goes out to High Desert Museum volunteer photographer Heather Duchow who captured a delicate and important process! 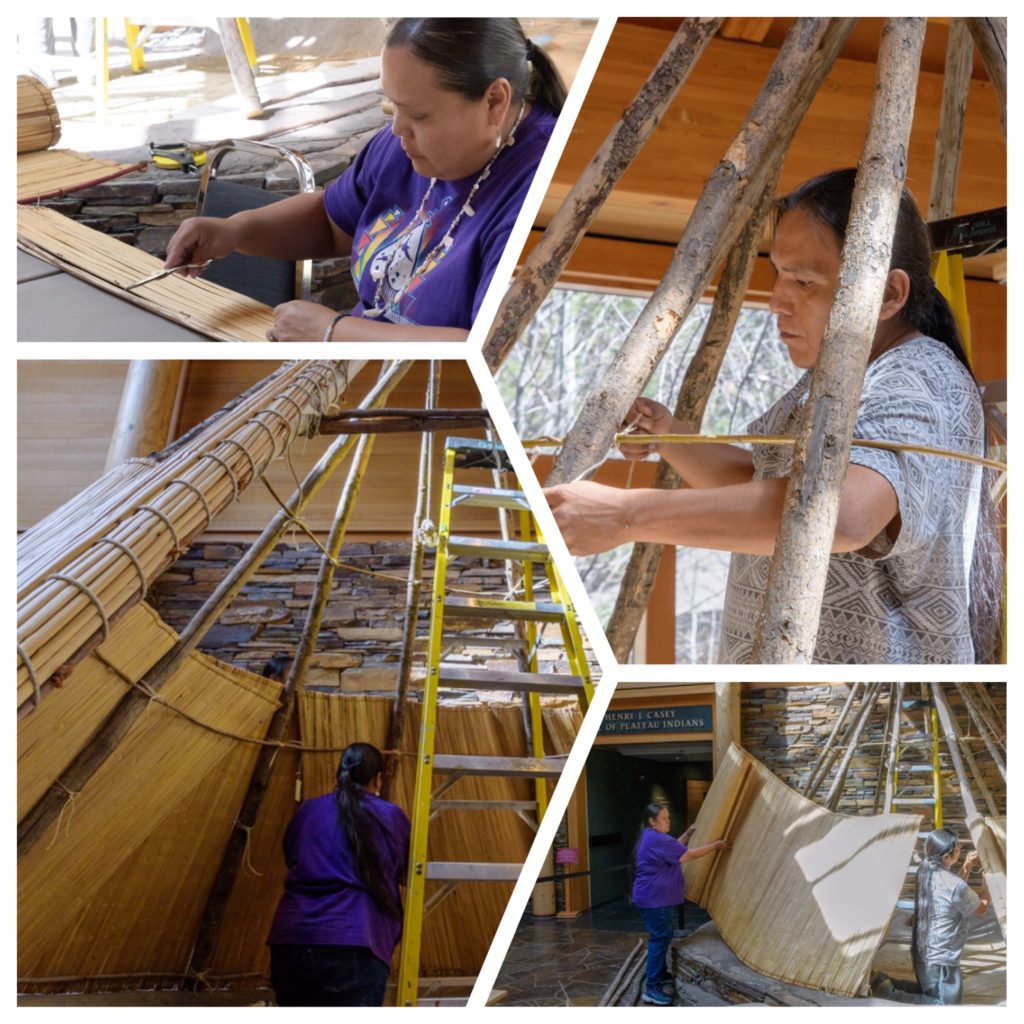