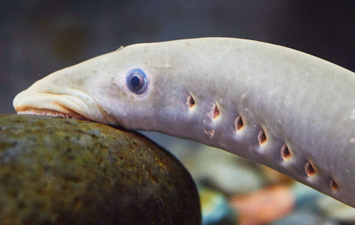 There is something special about a river that resonates with most people. Even when I was very young, I remember loving the smell and sound of water. Flipping rocks to catch crayfish and caddisflies, chasing minnows in the shallows, and watching salmon spawn on wide gravel beds under gin clear water are the kind of memories that filled my childhood. A kid in a creek or on the banks of a river is a biologist whether they realize it or not.

Riparian zones, the areas and vegetation adjacent to water, are extraordinarily rich places for life. All kinds of unique animals live in and along rivers, and especially as a kid it never took me long to find something I’d never seen before that would result in instant fascination. On one particular visit to a local creek as a child I wandered downstream from the splashing and noise of other kids swimming in the shallows. I wanted to see fish and insects and needed to find undisturbed water to do so. As I waded along a flicker of movement caught my eye in the deeper water to my left. Startled, I leapt on top of the closest boulder to get my feet out of the water as an alien-looking little brown creature emerged from the depths and into the sunlight, passing by the rock I was perched on as it found its way downstream. It was a silly thing to be afraid of; the creature was only about four inches long, but was unlike anything I had ever seen before. It was long and slender and it undulated as it swam, almost slithering through the water like a snake. It wasn’t until years later that I realized what I’d seen was not a reptile at all, but rather a very unique and special fish called a lamprey.

There some clear characteristics we look for in the kinds of animals we display at the High Desert Museum as we strive to connect people to wildlife. We focus on creatures that are a part of high desert ecosystems, critters that have scientific importance, are of particular conservation concern, that have an interesting biology or natural history, and animals with a strong connection to culture. Taking those things into consideration, I cannot think of a more appropriate species for us to display than lamprey.

The most prominent species in Oregon are the Western brook and Pacific lamprey (the fish I saw so many years ago was probably the smaller brook lamprey species). Both are anadromous like salmon. This means that they are born in inland streams but migrate to the Pacific before returning again to reproduce. As migratory species they connect ocean and High Desert ecosystems, transporting nutrients inland from the sea. Upon entering fresh water to migrate and spawn, salmon and lamprey both stop eating. Instead they rely on huge stores of fat and oils within their bodies to see them through to the end. Some salmon will survive for months, their bodies deteriorating as they use up stored calories waiting for conditions to be just right to reproduce. Lampreys however, take this strategy to the extreme. Fish Entering the Columbia River in April or May will work their way through the river systems, possibly finding their way to some clear mountain stream here in the High Desert region, where they will shelter in the rocks for over a year, not spawning until the following summer. The physiology that allows them to do this means that their flesh is full of energy, and a tremendous resource for a vast ecological community that includes birds, mammals, people, other fish, and even plants that are the beneficiaries of lamprey nutrients after they spawn and die. The lamprey is an undeniably important and valuable component of High Desert ecosystems.

The lamprey is also a living fossil. One of the best known “living fossils” is Coelacanth, the famous fossil fish rediscovered alive in Africa in 1938. It arrived on the scene a paltry 80 million years ago. Crocodiles emerged about 200 million years ago and dinosaurs a mere 30 million before that. Lamprey predate them all, with a fossil record that stretches up to 450 million years. The evolution and persistence of lamprey in the fossil record is just one aspect of the fish that makes them so scientifically valuable and interesting. Whether you are a professional ichthyologist, a child perched on boulder in some remote Oregon stream, or a visitor to the High Desert Museum, there is a lot to learn about these wonderful fish. Visit our Autzen Otter Exhibit to see lamprey up close.

The Historical Significance of the Lamprey
Native Foxes in Central Oregon: Part 3